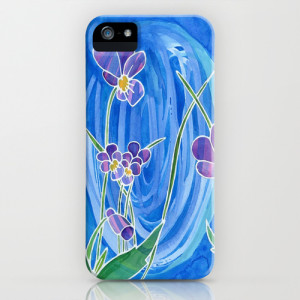 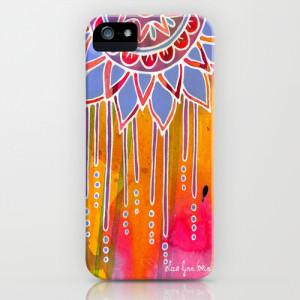 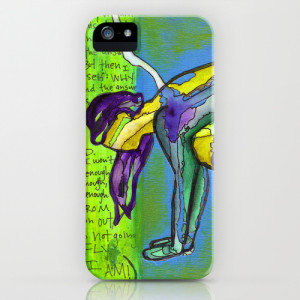 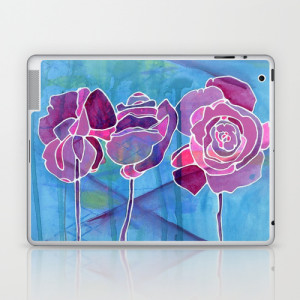 In addition to ordering the phone case on the upper left — which Eliza calls ‘Violet Swirl’ — we caught up with her to ask how her pregnancy is going and how it’s impacting her creative process.

“Once I hit the second trimester (especially towards the middle of it… I’m almost at the end of it now), I had a huge surge of creative energy and ideas. Like, keep-me-up-at-night kind of creative energy,” she shared.

“I think partly it’s due to the fact that all of a sudden I’m aware of the fact that my time and how I spend it is about to change dramatically. And I am trying to do my best to savor the time I have to create now, while I can.”

The other part, she continued, is that “the process of creating a person has opened up this huge understanding of what it is to be creative and my belief that it really is a limitless field.”

That’s a great little nugget of insight, isn’t it?

Though time may become very, very scarce (as it does for mothers the world over), creativity remains limitless.

But Eliza isn’t just on the giving end of wisdom. She added that there’s a token she’s been hanging onto from a fellow artist/mother/yogi:

“When she had her child,” Eliza said of her friend, “it was like everything that was important became incredibly clear to her. It crystalized her work and what was most meaningful to her — and that when she did get to down to work, down to her creative practices, her time was much more focused and directive.”

Well. That, and some really cool iPhone cases.